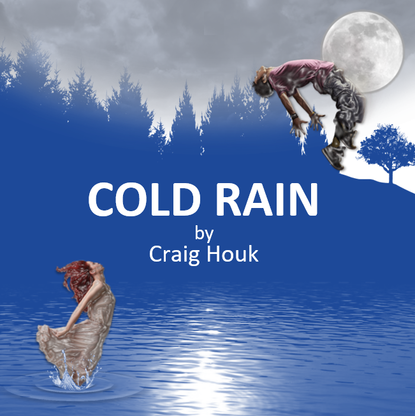 Proud to announce that my full length drama, COLD RAIN, has been published by Next Stage Press.

SYNPOSIS: Carly Weekes and her sisters, Lolly and Shirley, are witches. Determined to find Carly a mate, the three cast a circle to summon a popular recording artist from Colorado. However, Shirley casts what appears to be a dubious and deadly spell. Worried that Carly and her new family might now be cursed, Lolly endeavors to reverse the hex, but fails, resulting in her expulsion to an alternate world. Years later, twin sisters Tina and Rose Pacheco mysteriously drown. The case goes cold, but many believe Carly’s oldest son, Johnny, is responsible. Cold Rain is an account of a family bound by black magic, a dark and comical tale of ill-conceived machinations, misdirected resentment, and repressed desire.​ 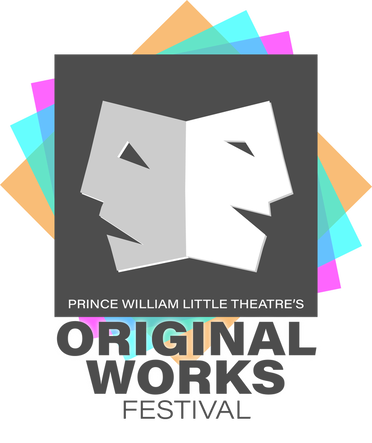 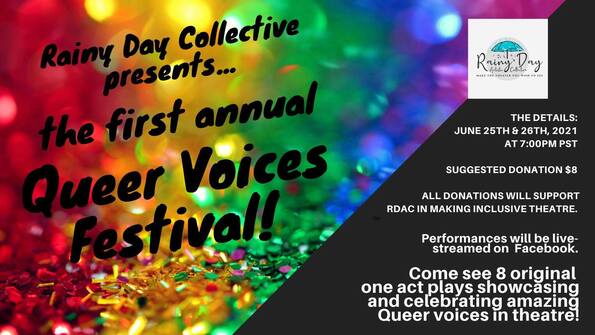 1/19/2020
POSTPONED due to COVID-19: New 2022 Dates TBA
Very happy to announce the World Premiere Production of my original one act play, RADIATOR, at the DC Arts Center, Adams Morgan, Washington DC. Performance Dates (2020):
Tickets on sale now. For more details on this production and to hold your preferred dates, please visit us on Facebook.

10/8/2019
Wanna watch me crack some skulls? Then come on out to see me as the COLONEL in Rainbow Theatre Project’s world premiere production of BLUE CAMP by Tim Caggiano and Jack Calvin Hanna and directed by Christopher Janson.

In 1964, gay soldiers and criminals await dishonorable discharge as the Gulf of Tonkin Resolution seals their fate. Blue Camp is a story of discrimination in the military, as intensely relevant now as it was then. Blue Camp is a drama, with humor, that depicts what soldiers accused of homosexuality experienced while waiting to be discharged from the Army. Along with a glimpse into the lives of other criminal soldiers awaiting discharge, this play will give audiences a unique look into an Army base in the days leading up to the Vietnam War.

6/28/2019
Honored and humbled to announce that my original one act play, Radiator, will be presented as part of the 2019 Kennedy Center Page-to-Stage New Play Festival. The reading will feature Jared Shamberger as André Cooper and Matty Griffiths as Lou Brunazzi. The piece will be directed by Carl Randolph.

The Mollusc by Hubert Henry Davies

2/16/2019
Very happy to announce that I will be making my Quotidian Theatre Company debut in their summer production of The Mollusc by Hubert Henry Davies.

“You are guaranteed to leave ‘The Mollusc’ with a smile on your face and warmth in your heart,” raved DC Theatre Scene about QTC’s “spot-on” 2008 production of Davies’ Edwardian comedy of ill manners. A decade later, QTC restages one of its most popular productions about Dulcie Baxter, the “mollusc”, who has an unusual yet hilarious affliction. This delightful farce first hit the London stage in 1907.

The Mollusc will be directed by QTC Artistic Director Jack Sbarbori, who directed and designed the set for the highly-acclaimed 2008 production of the play at QTC.

12/11/2018
​Very excited to announce that I will be playing Man #3 in Bed, Gym Rat, Don, Thug #1, Dad, Father Dan and Chuck Farling in Rainbow Theatre Project's production of JEFFREY by Paul Rudnick, directed by Robert Mintz. The cast includes Rinaldo Martinez, Reginald Richard, Matthew Pauli, Randyn Fullard, Emily Levey, Joshua Street, and Rick Westerkamp. I am honored to be working with such an amazing team of artists. TICKETS are now on sale.

Consider the Ficus by Audrey Cefaly​

11/6/2018
Thrilled to announce that I will be appearing as Garrison in Consider the Ficus, a short play by Audrey Cefaly as part of the 2018 DC Queer Theatre Festival. The piece will be directed by Carl Randolph and will co-star 2018 Helen Hayes Award Winner, Frank Britton, as Nate.  I am honored to be a part of this show and this festival. Hope to see you there. Performances are Fri, Dec 7th @ 7:30 PM and Sat, Dec 8th @ 3:00 PM & 7:30 PM. You can purchase tickets here.

For more information on this show and upcoming shows, please visit my Up Next Page.

6/18/2018
Very excited to announce that TICKETS are now on sale for the world premiere production of COLD RAIN. The venue is small and the show is big, so act fast!

2/20/2018
I am honored (and humbled) to announce that my original work, COLD RAIN, will be presented as part of the 2018 Capital Fringe Festival, a program of the Washington, D.C., non-profit Capital Fringe.

​I understand that there's a lot going on in our world today, and in our country especially, that deserves our focused attention. So it's not lost on me that my asking for your financial support on this project appears frivolous and self-serving at this moment in time. And perhaps it is. That being said, I believe that theater is more vital now than ever. To that end, and with this piece in particular, I am offering audiences an opportunity to escape, if only for a moment, into a world that will not only resonate with them on a personal level, but will remind them that taking care of themselves is not a selfish act, but rather an avenue towards taking better care of those around them.

If you are able, please make your non tax-deductible donation here: https://igg.me/at/Indiegogo-ColdRain​

7/21/2017
The full draft of COLD RAIN is now complete and I could not be more excited about how it's turned out. I am very proud of the work. If you're interested in reading it, please check it out here:  COLD RAIN

Otherwise, I'll keep everyone posted on any public readings or, hopefully, a workshop production or full production. Following is the synopsis of the play:

COLD RAIN, set just outside of Pittsburgh, Pennsylvania and taking place between the years 1959 and 1988, is the... story of Carly Weekes, an unattached young woman who lives with her older sisters, Lolly Weekes and Shirley Weekes, all witches. Determined to lure a husband Carly’s way, the three women cast a circle to conjure a gifted recording artist from Colorado named Joe Rekowski. During the invocation, however, Shirley, skeptical of Carly’s witching abilities, hijacks the proceedings and casts a spell so dubious that Lolly deems it a curse. Seven years later, Lolly, while trying to undo the magic that has been done, mysteriously vanishes and is presumed dead. Sixteen years later, Carly, now 45 and married to Joe, is raising two children primarily on her own: 16 year old Bryson Rekowski who is awkwardly navigating his sexuality by engaging in a turbulent relationship with a bully named Fisher Hickman and 23 year old Johnny Rekowski, an imaginative young adult who still lives at home and who becomes the target of an investigation into the mysterious drowning of twin sisters, Tina and Rose Pacheco. Rounding out the cast are Donna Pagnotto, Bryson's best friend, a teenager wise beyond her years, Lydia Pacheco, the twins’ mother, Prudence Peele, Johnny’s other-worldly counselor and Darci Meir, a detective who is keenly interested in the Pacheco case. COLD RAIN is a dark and, sometimes, comical tale of ill-conceived machinations, misdirected resentment and repressed desire.

4/5/2017
It's official! Very excited to announce a free public staged reading of Act One of my original two act play, Cold Rain. Check out the following link for details and to reserve your seats: COLD RAIN

My stellar CAST (in order of appearance):

Oh The Humanity by Will Eno

1/9/2017
Über excited to announce that I will be appearing in a reading of Will Eno's Oh, the Humanity and Other Good Intent. I will be playing three roles:

The script is amazing! Hope you can make it.

Tickets are on sale! Get yours now through Eventbrite or Brown Paper Tickets.
​
Lisa's nude portrait of her friend Claire goes on exhibition. Lisa's nervous about her career and Claire's having some serious body issues. Claire mistakes passerby Brian for an art critic and is pleased when he compliments her and the painting. The real critic Jeffrey shows up, pans the painting, and offers a better review in exchange for sex.

How to Give Birth to a Rabbit

6/22/2016
Very proud to announce that I am directing the world premiere production of "How to Give Birth to a Rabbit" to be presented in the Sprenger Theater at the Atlas Performing Arts Center, Washington, DC as part of the Capital Fringe Festival. This song cycle is a unique collaboration between a diverse group of musicians, songwriters, poets, and theatrical producers. Each member of the team brings an unusual perspective to this true, twisted and puzzling tale of one woman's scheme to better herself by tricking the world into believing she has given birth to rabbits.  Purchase Tickets. ​

The Nerd by Larry Shue

5/6/2016
I am excited to announce that I will be appearing as Axel in a staged reading of "The Nerd" by Larry Shue, Directed by Martin Blank. The reading will take place on Monday, May 16th at 7:00 PM at Wooly Mammoth Theatre (Large Classroom) located at 641 D Street, NW, Washington DC 20004. The reading is FREE to the public. Please reserve your seat in advance by emailing staff@actorscenter.org.

Martin Blank is Founding Artistic Director of Theater J, and of the American Ensemble Theater. He served as Woolly Mammoth’s first literary manager, and in New York City, directed dozens of staged readings for a comic play development program funded by Norman Lear. He works locally as an on-camera acting coach, is a playwright, and most recently has been developing a motion picture for Hollywood. He attended the University of Maryland and the Yale School of Drama.

"The Nerd" is a comedy first presented by the Milwaukee Repertory Theatre and subsequently produced in Great Britain, and on Broadway. The action centers on the hilarious dilemma of a young architect who is visited by a man he's never met but who saved his life in Vietnam—the visitor turning out to be an incredibly inept, hopelessly stupid "nerd" who outstays his welcome with a vengeance.