By downloading any of the plays below, you hereby acknowledge that Craig Houk is the sole owner of all rights in and to these plays. None of these plays may be produced or reproduced in whole or in part unless written application is made to and written authorization is received from Craig Houk. 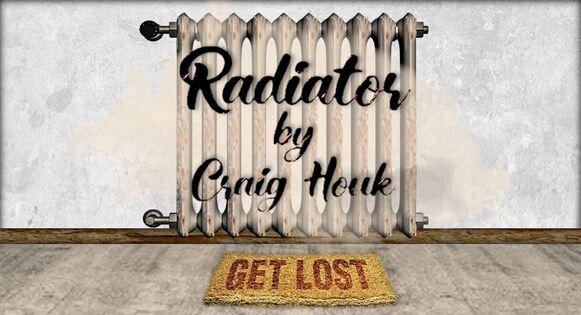 (2 M)
Lou Brunazzi & André Cooper live across the hall from each other in the basement of a shabby apartment building in the Bronx. In the space between their units stands a noisy Radiator, which is connected to a deteriorating boiler. Determined to stop the whistling, hissing &  banging that’s keeping him awake at night, André endeavors to turn the thermostat off, but is cut short by Lou who is determined to keep the radiator running at all costs.  What begins as a battlefield between two seemingly inconsolable men evolves slowly into a makeshift sitting room where the pair begin to form a unique and lasting bond.
"This is a sweetly realized one act play that has some wonderful roles for actors that fall in underrepresented demographics (over 45, actor of color, LGBTQ+). Craig Houk has written some delightful monologues inside this play as well. I can see a variety of theatres (colleges, universities, schools, LORT) producing this. A great amount of potential and good work here!" - Jessie Salsbury, New Play Exchange
Performance History/Awards
Download the Complete Draft Script

(3 W, 2 M)
On the evening of Sunday, June 24th, 1973, thirty-two men perished in a fire at The Upstairs Lounge, a sanctuary bar for working-class homosexual men in New Orleans. On that same evening, just several blocks north, nearly a dozen women, including a gifted young nursing student named Sydney (Syd) Trahan, were taken into custody and charged with lewd and lascivious conduct for dancing together at Brady’s, a notorious lesbian bar in the French Quarter. Hopeful that the deadly fire and the controversy surrounding its multiple victims might overshadow Syd’s arrest, Bud, a reputable blacksmith, and Helen, a God-fearing woman, do everything in their power to curtail the impact of their daughter’s transgression on their seemingly near perfect lives.​
Download the Complete Draft Script 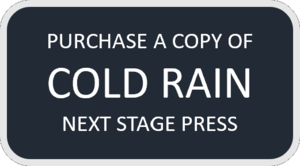 (5 W, 4 M)
Carly Weekes is a witch. And so too are her older sisters, Lolly and Shirley. Determined to find Carly a mate, the three cast a circle to summon a popular recording artist from Colorado named Joe Rekowski. During the incantation, however, Shirley, critical of Carly’s witching abilities, hijacks the proceedings and casts a dubious and possibly deadly spell. Worried that Carly and her intending husband & offspring might now be cursed, Lolly endeavors to reverse the hex, but fails dramatically, resulting in her expulsion to an alternate world. Years later, twin sisters Tina and Rose Pacheco mysteriously drown. And though the case goes cold, many believe that Carly’s oldest son, Johnny, may have had something to do with their deaths. COLD RAIN is an account of a family bound by black magic; a dark and sometimes comical tale of ill-conceived machinations, misdirected resentment, and repressed desire.
Performance History/Awards
Download the Complete Draft Script 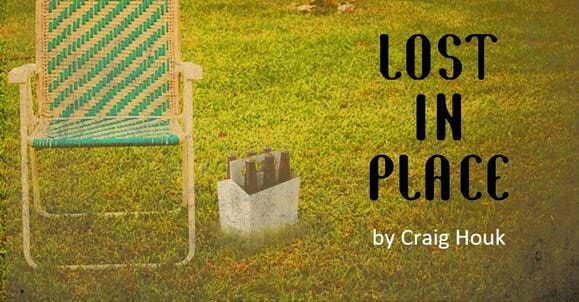 (2 W)
Two or more years into a world-wide pandemic, a couple of neighbors gossip with one another while dealing with the loss of their significant others.​
“LOST IN PLACE is a subtle play that packs big punches. From the Symbolic gesture of moving a lawn chair to the reveal of what really happened to Woman 1's wife, this play gets you with the details. This play is dark, yet hopeful!" - Monica Cross, New Play Exchange
​Download the Complete Draft Script 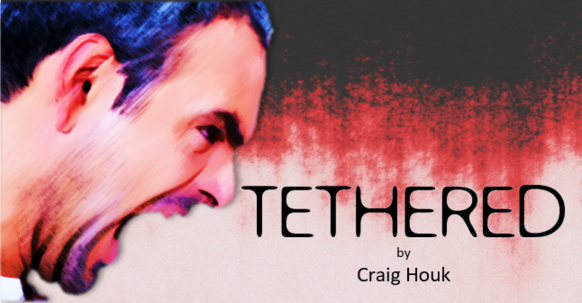 ​(1 W, 1 M)
On the eve of his confirmation to SCOTUS, Edwin Spratt and his wife, Abigail, sit down for an intimate dinner that quickly turns contentious. Edwin has been accused of sexual assault. He can prove his innocence, but it would require revealing a secret that would anger his supporters and put his career and reputation at stake.
Performance History
​Download the Complete Draft Script

(3 W, 4 M)
Four vengeful, narcissistic actors, with the assistance of a brutish stage manager and a cynical stagehand, kidnap and hold hostage a theater critic notorious for shutting down productions and ending careers through his malicious reviews. To confound matters, they intend to carry their plan out during a performance of a show they’re all currently appearing in. Less than an hour before the curtain is due to rise, their scheme begins to quickly unravel as we discover that none of the conspirators are familiar with the actual plan or its designed outcome. The results are at once dark and hilarious. Brute Farce is a satirical commentary on the perpetually symbiotic, oftentimes dysfunctional, and occasionally turbulent relationship between actors and reviewers.
"Love it! Such a diverse set of personalities and it seems like it could be done with nearly no set if necessary. Hope to read more of this story very soon; it's realistic, funny, and really pulls you in." Timothy Gadomski, New Play Exchange
Download Act One Draft Script

​​Click on any of the play image tiles above to download the complete draft script.
Solitaire Six Pack is a collection of ½ dozen short solo plays that detail the lives of a variety of society’s deviants, misfits and social outcasts. Exploring the themes of loneliness and of purpose, each piece is a celebration of queerness and of individuals who have risen above stereotypes to tackle adversity head on and to survive in their own way.
Performance History
Collection of Monologues by Craig Houk